Spend another £125.0 to get free UK Delivery 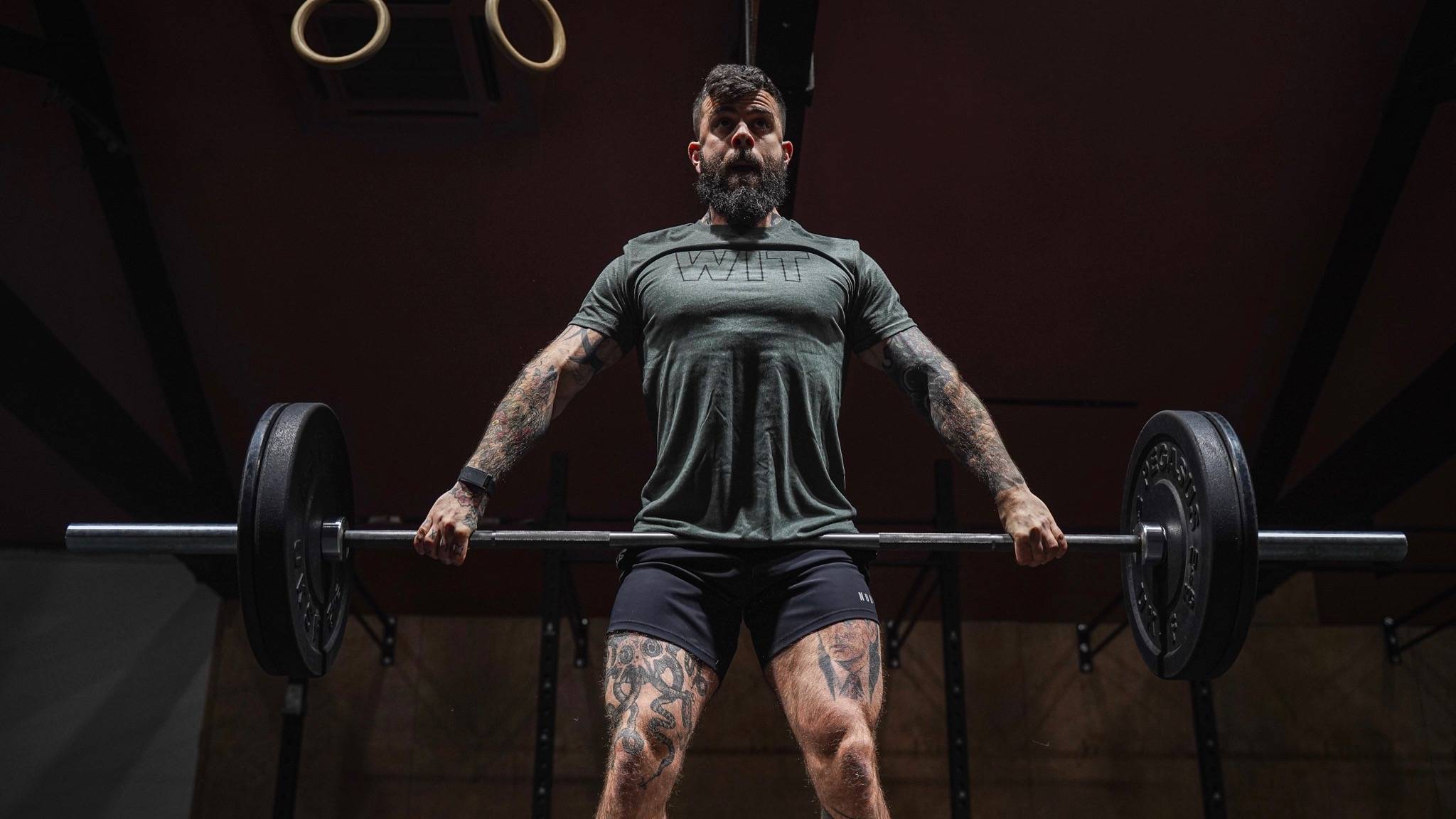 Born and bred in Manchester and a former career as a Detective Sergeant in a past life, Scott’s current reality is not one he could have imagined. Through his own journey and passion for fitness, came about his vision for Battle Cancer. An event movement Scott founded that brings together some of the world’s leading athletes, industry influencers, global cancer charities, and the flourishing functional fitness crowd, from all corners of the globe. 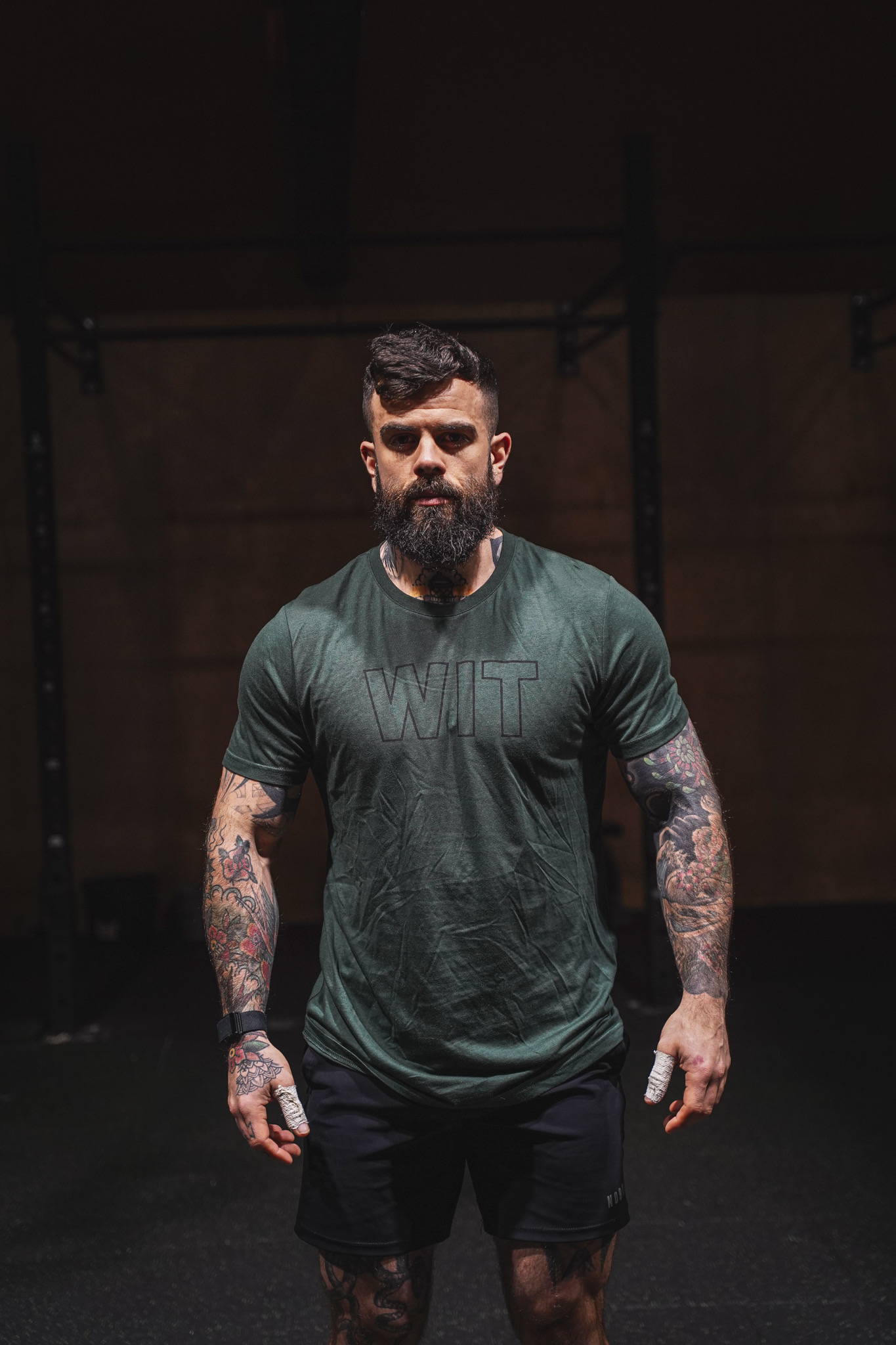 "I live every day to ask if I’ve worked hard in what I’m doing and could I have given more? The great Ron Swanson from Parks and Recreation summed it up with "Don’t half ass two things, whole ass one thing"

Over the past two years, while still working in the Police, Scott has grown Battle Cancer from one event in Manchester to over 11 events worldwide. In this time fundraising over £500,000. Recently, Scott has transitioned into a new stage of my life, living in Devon and leading the ship at Battle Cancer full time. His main focus is now trying to inspire people through fitness to recover from physical and mental illness.

"I live every day to ask if I’ve worked hard in what I’m doing and could I have given more? The great Ron Swanson from Parks and Recreation summed it up with "Don’t half ass two things, whole ass one thing"."

We are inspired by Scott’s commitment to supporting others, to his own training and to the belief he has in his vision for his movement. Naturally, his passion is borderline obsession, which is what makes Scott Team WIT. Speaking on his outlook to life, his sense of gratitude is clear. 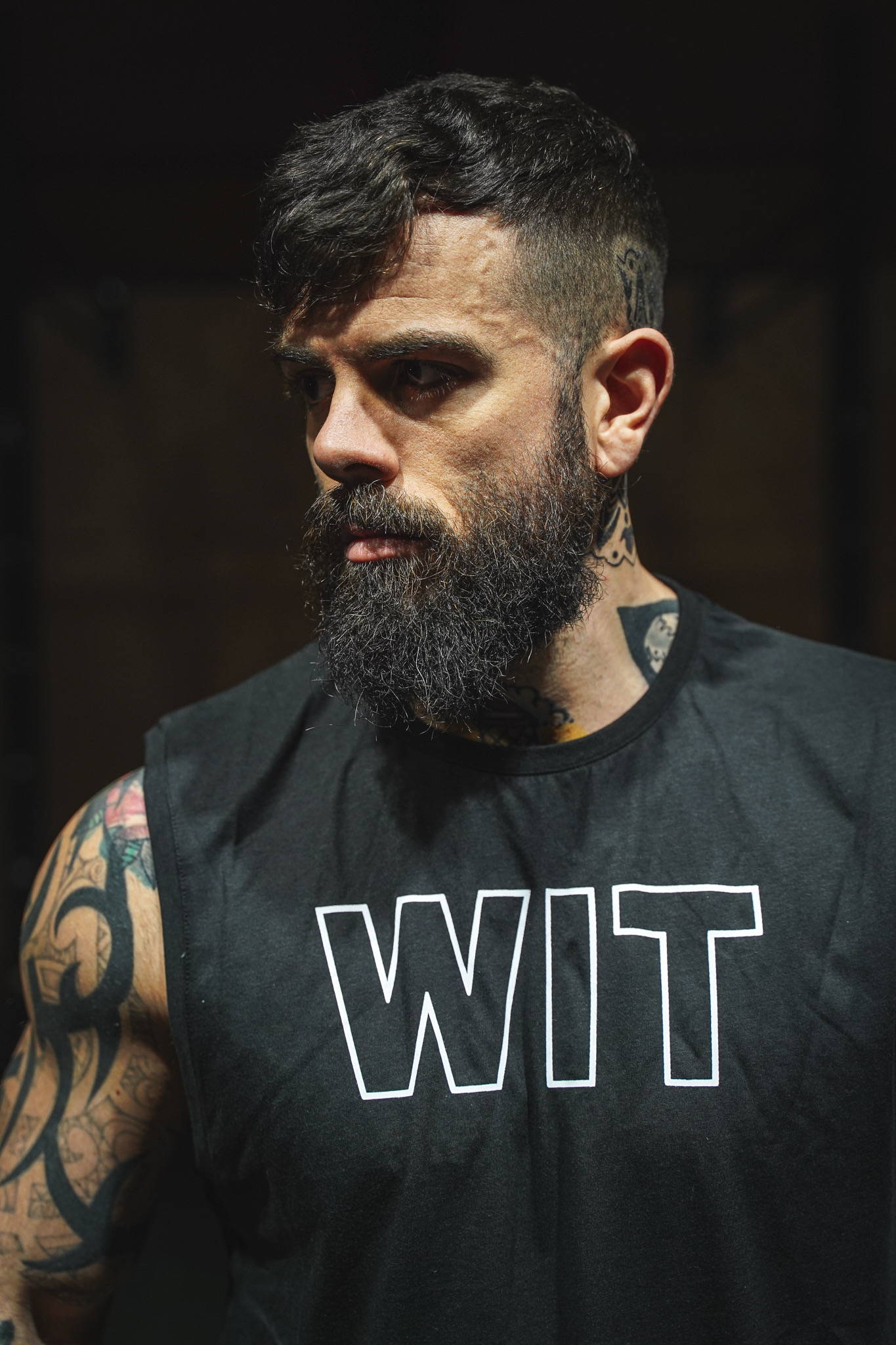 “Being here and being lucky enough to do the things I can do. With Battle Cancer and working in the police I have seen so many people who don’t get the chance to train, compete, grow a charity event or interact with people like I do. I always remind myself how lucky I am when people around the world are fighting so much.” 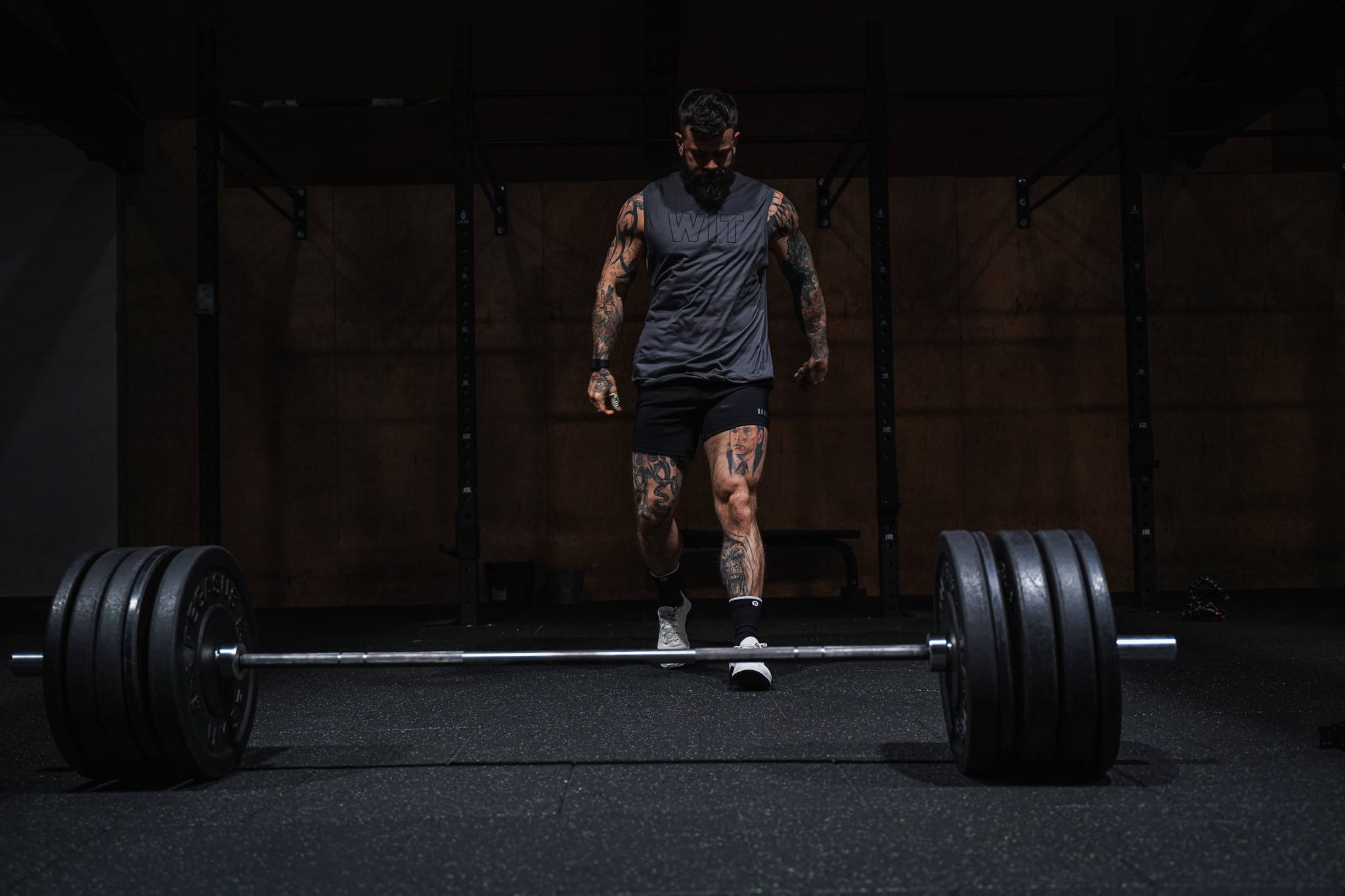 Scott has always been sporty, as a child he played Rugby and Football and fought in Muay Thai and MMA. He went on to fall into powerlifting and win national titles before finding fitness and fitness competitions. Having followed a Crossfit inspired programme, for the past 18 months, he’s found contentment in this style of training. It simply allows him to push himself mentally and physically every day.

So, what does it take? To have a career you thrive on, to measurably be changing lives every day and to have the strength and fitness many aspire to achieve? It takes constant sacrifice and getting comfortable with the uncomfortable.

Follow Scott on Instagram to stay up to date with him around the globe and scroll down to shop this favourite training pieces. 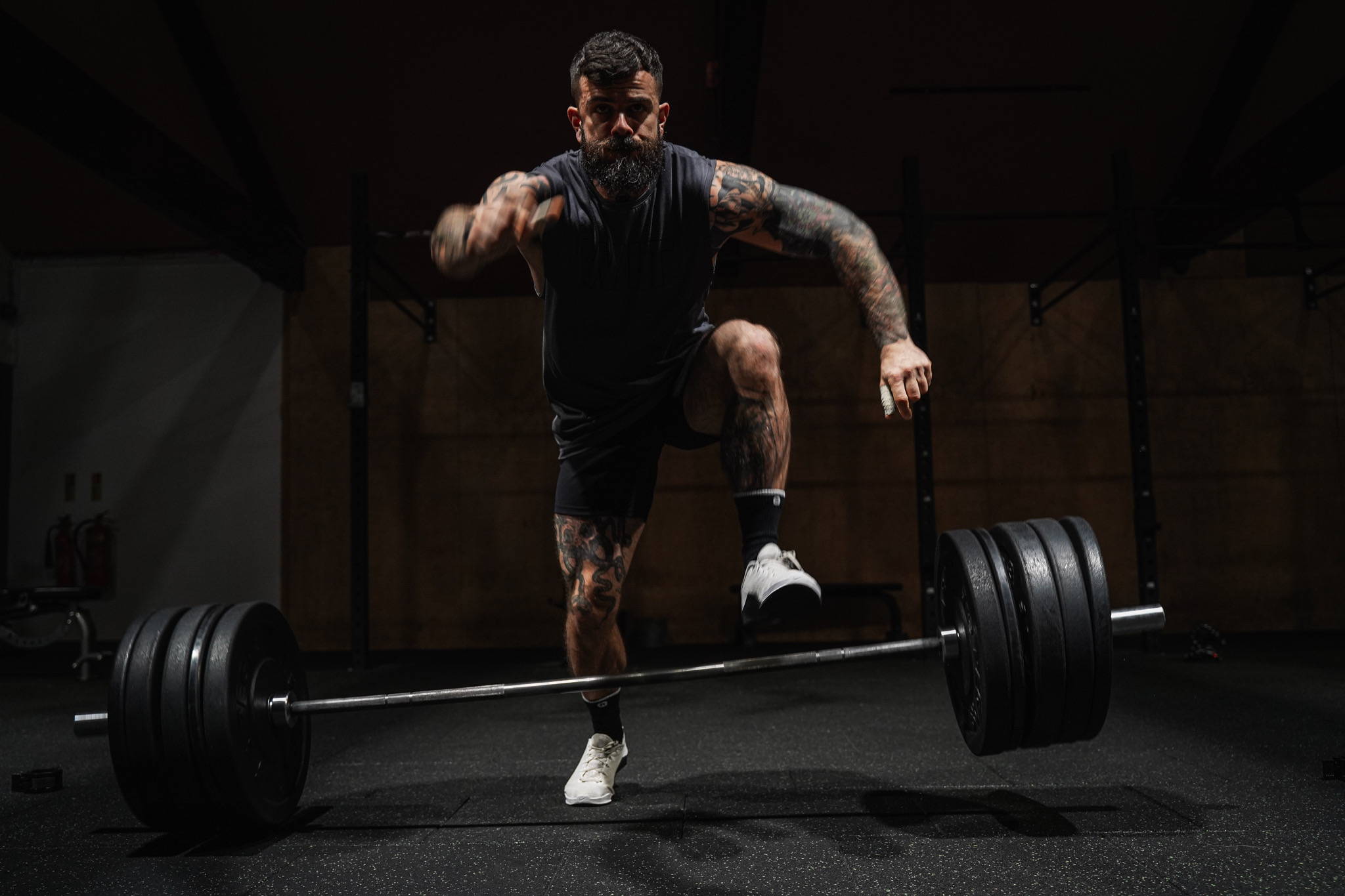 “This is one of my favourite tops to train in.

It’s so versatile for everything; rope climbs, Olympic weightlifting and all kinds of conditioning workouts. The freedom of your arms with still having a little cover up is great. I’ve put this tank to the test with lifting natural stones in Iceland and it didn't rip after multiple attempts of lifting a 95kg stone up and down me!”

“I can run, lift, jump and travel in these with ease and confidence. The shoes look super simple, they are a pared back design and made in great base colours. I can squat heavy then run a mile in these shoes meaning they are perfect for competition and traveling, I only need to take one pair of shoes in my luggage!”