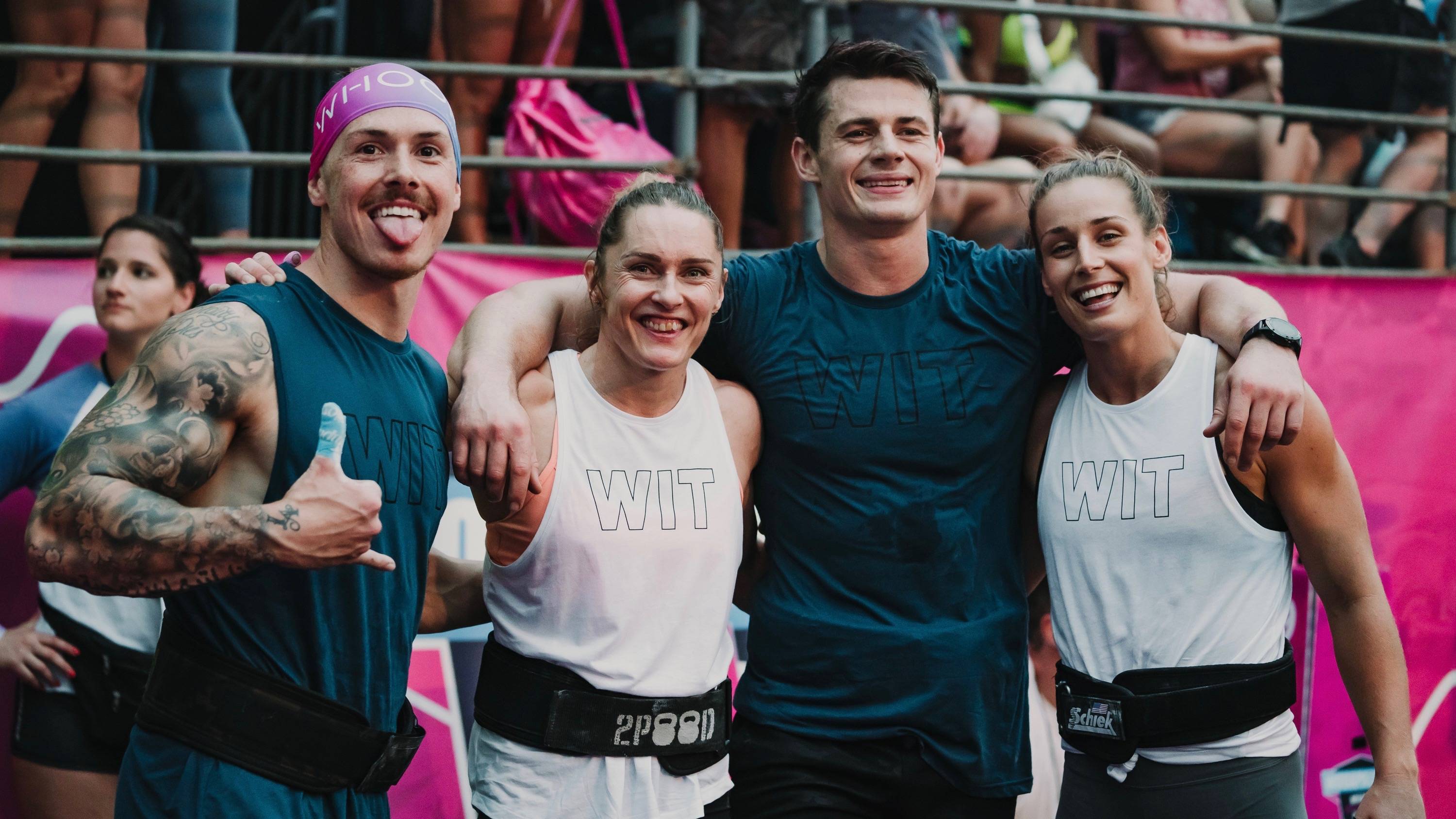 Hot on the heels of their podium performance at Wodapalooza Miami, we catch up with Team WIT member Joshua Al-Chamaa to talk training, teamwork and what’s next for them all as the 2020 season picks up pace. Samantha Briggs, Micky Smith, Harriet Roberts and Joshua himself are not competition rookies, but the infamous Miami competition was the first time we’d seen them as a foursome. Excitingly, it won’t be the last…

How are you all feeling after Wodapalooza?

Incredible! It was amazing working as part of such a mature minded team. We connected very well; it feels great to come out of such a well know competition with having such a solid performance behind us.

What event did you enjoy the most in Miami and why?

Every event had something special in it. And that’s something that is so awesome about Wodapalooza, each event has its own excitement. The lunge event was pretty cool, being under the lights and doing a sprint event, getting that lactic in the legs then trying to sprint to the finish line with a barbell overhead was pretty fun. And then the swim, doing the swim with the team was awesome. The push we made on it was great for us.

What are your competition rituals, how do you prepare for a long weekend of competing?

I don’t mess with what I know works for me. I do try and unwind and relax when I can, to conserve energy. As a team, on a couple of days we got up and went for a swim before competing. After the first event we got into the routine of heading back to our apartment and analysing a bit, getting some food and just listening to some feel good music, recovering for the next event. That became a bit of a ritual.

What did you do differently, compared to your routine in an individual competition?

More of a focus turns to connecting with each other and ensuring we are always on the same page. But apart from that, we individually stuck to what we know works for us.

How have you got to know each other as a team, living so far apart from one another?

I built the team and the strategy behind that was to ensure we each had strengths that complimented each other, so we were well rounded. Micky Smith was the first teammate to say yes, he’s such a team player. We them asked Sam, we knew we’d have to be mindful that this would not be too disruptive of her training, as she’s competing as an individual at The Games, but she was up for it! Our 4th teammate was Harriet Roberts, we all knew her from the competition scene and felt she and Sam would work well together. We knew each other to say hello to beforehand, just from the CrossFit competition scene. And we connected very quickly, partly because we share a similar sense of humour and just had great banter from day one. It took the pressure off. We didn’t train together before the comp, so I think the fact we just clicked on a personal level, definitely helped our performance.

How is your training differing now compared to the 2019 season?

For myself, this year I have decided to not really have an off season. So I’m competing a lot more and my training is working around that.

What does a typical day look like for each of you training back home?

A typical day at the moment, since Miami is just one session a day. I’m was tapering slightly ahead of the West Coast Classic, but with Corona Virus – everything is a little up in the air right now for us all! Ina. Standard week, we all do two sessions a day, six days a week, with one full rest day. Usually more conditioning based workouts in the morning, then more lifting and skill work in the afternoon.

What is the rest of the 2020 season looking like for you? Will you compete as a team again?

My next competition was going to be the West Coast Classic! Sam’s is the Rogue Invitational and Harriet is looking at a couple of US competitions. For both the girls their focus is the Individual competition in the Games in August. Micky’s next comp is over in Egypt. We will compete again as a team, we’re keen to stick together and make something work around our own goals this season. If it doesn’t happen this year, it definitely will in 2021.